Guidance for the Brookings community and the public on our response to the coronavirus (COVID-19) »
Learn more from Brookings scholars about the global response to coronavirus (COVID-19) »
During her unsuccessful 2017 campaign for mayor of St. Louis, Mo., Tishaura Jones wrote a powerful and stinging letter to Tod Robberson, editorial page editor at the St. Louis Post-Dispatch, vowing to “look at every issue through a racial equity lens.” Then the city treasurer, Jones took aim at Robberson’s assertion that “neglect by city leaders” allowed for graffiti and blight. Instead of laying blame on people, Jones pointed to structural inequality. 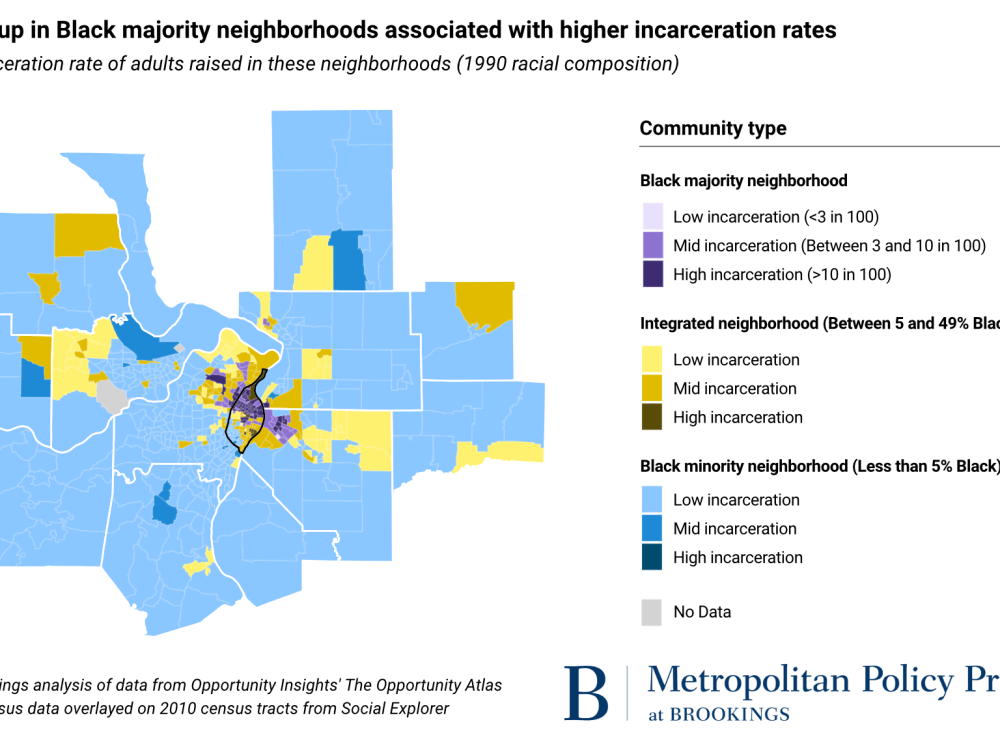 Richardson explained that to close racial wealth gaps, “we need to have interventions in our policies and procedures,” listing tax incentive allocation and workforce development investment as examples. Interventions will also need to consider the connections between incarceration and mental health and place-based social determinants of physical health. These investments must be directly focused on building wealth, capacity, and opportunity among Black people who’ve been penalized by biased policy.
The stakes are high. The COVID-19 pandemic continues to disproportionately hurt Black Missourians, including those in St. Louis. But even before the pandemic, decades of racial injustice in development left the city’s Black communities and residents locked in intergenerational poverty. Without bold action, cycles of disinvestment, environmental degradation, and lack of opportunity will continue to divide the city and depress the local economy.
But if St. Louis can deliver on the promise of racial equity in its development, it can decrease concentrated poverty, increase citywide opportunity, and add an estimated $14 billion to its regional economic output. The vision Mayor Jones and other leaders are pursuing shows that there is a better way forward for the city.