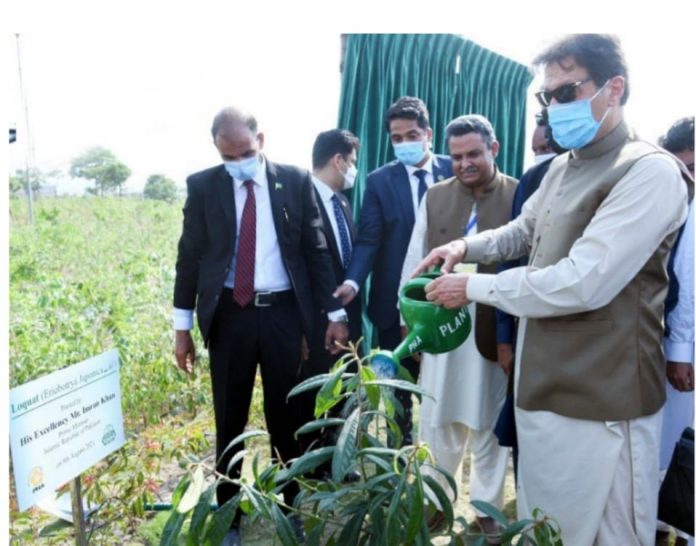 LAHORE: Global Joint efforts to restore the ecosystem through sustainable climate change measures are essential to protect the planet earth and improve the livelihood of its inhabitants directly dependent on its green resources.
Unfortunately, as a result of widespread and intensifying eco-degradation phenomena, during the present time frame, some trends, and impacts of climate changes have become irreversible and have prevailed globally.
Biologists and Scientists through their various research-based findings have expressed concerns on global irreversible climate changes, happening at a fast pace in every region impacting global climate and ecosystems, reveals the latest report of the Intergovernmental Panel on Climate Change (IPCC), released recently.
Many changes being observed in climate change are unprecedented even in a span of thousands of years, such as continued sea-level rise are irreversible over hundreds to thousands of years, it said.
However, strong and considerable reductions in emissions of carbon dioxide (CO2) and other greenhouse gases (CFCs)would limit climate change while stabilizing temperatures during the next 20 to 30 years, further reveals IPCC Working Group-I report, Climate Change 2021, the report observed.
This Physical-Science Based report was approved by the 195 member governments of the IPCC, through a virtual session that was held over two weeks, starting on July 26, 2021. It may be mentioned here that the current Working Group-I report is the first accomplishment of the IPCC’s Sixth Assessment Report (AR-6) which would be completed in 2022.
In response to the released IPCC report, António Guterres, the Secretary-General of the United Nations (UN) in his tweet recently said that the report’s evidence was irrefutable: greenhouse gas emissions were choking the planet Earth and placing billions of people in danger.
Global heating was affecting every region on Earth, with many of the changes becoming irreversible. We must now act decisively to avert a climate catastrophe, he added.
Renowned American software developer, business magnate, author, investor, and philanthropist Bill Gates, an ardent supporter of initiatives to tackle climate change writes in his new book titled ‘How to Avoid a Climate Disaster,’ that to prevent the worst effects of climate change, we need to get to zero net greenhouse gas emissions in every sector of the economy within 50 years.
Various global survey reports reveal that the top five hazards, which the world is facing, were all related to the environment.
Those events included the failure of climate change mitigation and adaptation, human-made environmental damage and global ecosystem collapse, irregular weather events, major natural disasters, biodiversity loss, and related disasters.
The global forums and bodies including the UN and World Economic Forum (WEF) had acknowledged the great efforts of Prime Minister Imran Khan for practically implementing the most ambitious forestation plans to expand and restore the country’s ecosystems, biodiversity, wetlands, and forests through his ‘10 Billion Tree Tsunami” initiative, which would be accomplished during a period of five years.
Meanwhile, Pakistan in partnership with the UN Environment Programme (UNEP), had recently hosted the main event of the World Environment Day 2021. Prime Minister Imran Khan, being the host of the event, had pointed out the global and local climate and environmental degradation issues and showcased the country’s rapid initiatives before the world that his government was contributing to the global cause.
Noted forest expert Dr. Mehmood Khalid Qamar told APP that the ‘10 Billion Tree Tsunami’ initiative was the world’s largest afforestation-struggle by a single country for restoring mangroves and forests, as well as planting trees in both rural and urban areas of the country, including schools, colleges, universities, public parks, barren areas, and green belts.
He appreciated the government efforts for launching the Ecosystem Restoration Fund (ERF) to support nature-based solutions to mitigate climate change and eco-degradation issues and facilitate the transition towards environmentally resilient, ecologically targeted initiatives while covering afforestation, wildlife, and biodiversity conservation.
It may be mentioned here that as a part of the monsoon drive under the 10 Billion Tree Tsunami, Prime Minister Imran Khan in Lahore recently had inaugurated the world’s biggest Miyawaki forest.
This forest is planned over 100 kanals of land with a strength of 165000 plants, which will grow 10 times quicker than a normal forest plant, owing to this unique (Miyawaki) technique.
Official sources of the Punjab Forest department told APP that another 53 Miyawaki forests have been finished at different parts of Lahore to create sinks for carbon as well as for better pollution abatement in the city.
All Miyawaki forest plants had been geo-tagged for monitoring of their growth and development, they confirmed.
The sources further said that Prime Minister Imran Khan was trying to grow back the lungs of the earth through the Miyawaki technique while starting it from Lahore to revive its status as the city of gardens that once, it was.
It is worth mentioning here that this technique was firstly introduced by noted Japanese botanist Akira Miyawaki who developed this technique while building 30 times denser native forests.
Meanwhile, additionally, 50 crore trees were also being planted across the country under the vision of PM Imran Khan during the ongoing Monsoon plantation drive which was the largest ever such drive in Pakistan, they added.
The published outcome of the 50th Annual Meeting of the World Economic Forum (WEF) 2020 highlights that globally all ecosystems including farmlands, forest covers, wetlands, and oceans can be restored in natural patterns and designs, only if the global restoration initiatives against the varied drivers and a myriad of eco-degradation are launched.
Executive Director of the United Nations Environmental Programme (UNEP) Inger Andersen, in a statement on June 5 had commended the efforts of Prime Minister Imran Khan saying that Pakistan had shown real leadership in efforts to restore the country’s biodiversity and forests.
“We are all grateful to Pakistan for their commitment to host the World Environment Day 2021, and lead the charge for all nations to restore the degradation of our ecosystems through the UN’s decade on Ecosystem Restoration (2021-2030), she added.