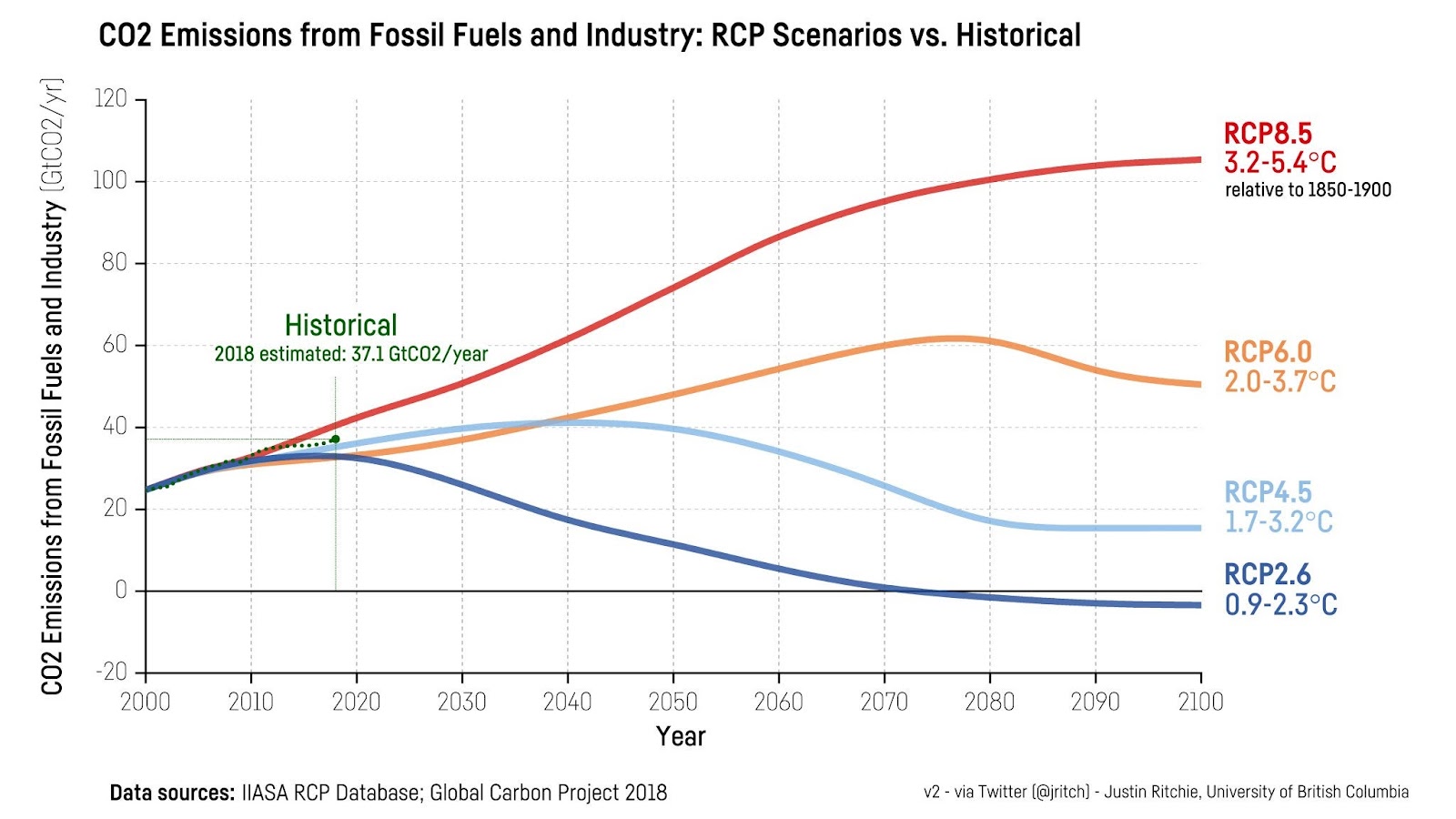 Peter Kalmus, a climate scientist who works for NASA, says he is terrified of what is to come, and just minutes after reading the IPCC report said: “Either we immediately abandon capitalism as the dominant system of our social organization, or physics will do it for us. There is no third option.”
Damn, that’s the point. Immediately.
Actions to combat the problem must arrive in the moments immediately following the official and declared exposure of the problem and we cannot accept, neither scientifically nor morally, that it is spoken of only among heads of government, on sporadic occasions and without the sense of urgency.
Take the various G7, G20 or COP26… What do you think the negotiations between states are determined by in these international fora? From a race with an Olympic spirit to who cuts CO2 emissions first and best? Or perhaps by agreements that make the weak decisions made seem extraordinary in order to relieve the parties of responsibility for another reasonable amount of time, just so that they do not lose electoral support and profits for the companies they represent?
And yes, that is another point that we must stop ignoring and we must not be afraid to expose aloud: governments no longer represent the citizens who elected them but are only institutional spokespersons of large companies, their hunger for media power and of their thirst for money.
Yet in 2017, the Carbon Majors Report drawn up by Paul Griffin told us that 100 companies alone produce 71% of global carbon emissions.
The United States of America, taken for too many decades as a model of reference in social organization, shows a fact that is also unequivocal: 1% of the population owns more wealth than the remaining 92%. A disaster.
Share your anger, build your courage and awareness, take radical actions
It is therefore essential to restore the cardinal principles of justice and meritocracy and find the economic resources necessary to deal with the emergency directly from large turnovers, with a view to equitable redistribution of both resources and profits. We cannot afford to tackle this dramatic crisis in small steps (because there is no time) and we cannot do it with the same contribution from everyone (because not everyone is responsible and above all there is nothing left to offer).
Instead, we need a radical transformation of society that faces this challenge with courage and awareness.
Not with pessimism or hope.
And here we want to address those who are feeding the problem rather than rolling up their sleeves.
Stop being disheartened by what you are seeing: you have had decades to do it, to be worried, sad or disappointed, and instead you have dedicated your time and energy to the optimism of consumerism. And now that you need you, you want to arrogate to yourselves the right to feel heartbroken and disconsolate. Forget it, your selfishness has not been and will not be of any help. Do nothing and let others do it, it will not be difficult for you.
About hope, please abandon that too because it has distracted and continues to dangerously distract from the goal; and then because, heck, there are too many scientific certainties around that confirm what we can or cannot expect whether or not we perform a certain action; simply hoping that it will go better just puts you on a higher step than those who have voluntarily reduced us to these conditions, but leaves you with them in the same circle of ineptitude.
Do you want to start doing something?
Rather, get angry… Give Love a chance and get angry!
You will see that courage and awareness will come from sharing that anger with many other people, recognizable by your own feeling and animated by willpower.
Leave room for anger for a while, because even this Report built by governments and relaunched by the media fails to hide the most outrageous truth of all: climate change is not happening, they have made it happen.
Your more sustainable lifestyle, your attention to recycling, your money donated to environmental associations, your savings to afford the luxury of an electric car, your transfer to another area of ​​the country for your children to not get sick with the same tumor that killed your grandfather and your father… Everything is useless if Governments continue to operate as if there were no emergencies.
You, who have understood the seriousness of the problem, force them to change the course of events.
The role of this report is only to describe the problem, but it’s up to us, literally us who write and you who read, to call into question the people who created the climate emergency and demand solutions for everyone, even for those who cannot.
You who have understood, you can.
You who have understood, you must.
The authors of this article are Domenico Barbato, Extinction Rebellion activist and founder of XR Naples, and Manlio Pertout, cofounder of The Human Exploring Society.
The original article can be found here
Pressenza New York
News from the Pressenza Bureau in New York, United States
Enter your e-mail address to subscribe to our daily news service.

I agree that Pressenza IPA inform me by e-mail daily about published news content and as well about other interesting information and activities. My data will be used exclusively for this purpose. The data will only be passed on to third parties if this is necessary for the fulfilment of this purpose. I can revoke my consent at any time by e-mail to info@pressenza.com or by using the link contained in the e-mail. Further information can be found in the data protection information.
Pressenza
An international news agency dedicated to news about peace and nonviolence with offices in Athens, Barcelona, Berlin, Bordeaux, Brussels, Budapest, Buenos Aires, Florence, Lima, London, Madrid, Manila, Mar del Plata, Milan, Montreal, Munich, New York, Paris, Porto, Quito, Rome, Santiago, Sao Paulo, Turin, Valencia and Vienna.
Necessary cookies are absolutely essential for the website to function properly. This category only includes cookies that ensures basic functionalities and security features of the website. These cookies do not store any personal information.
Any cookies that may not be particularly necessary for the website to function and is used specifically to collect user personal data via analytics, ads, other embedded contents are termed as non-necessary cookies. It is mandatory to procure user consent prior to running these cookies on your website.