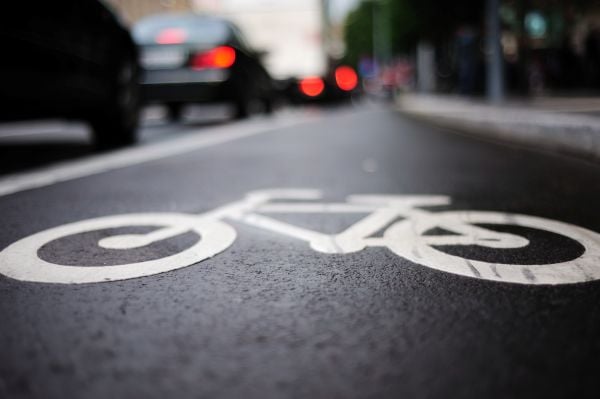 Aodhan O Faolain
Dublin City Council (DCC) is to appeal the High Court’s decision to reject its planned two-lane cycleway for the Strand Road in Sandymount.
In a judgement last month, Mr Justice Charles Meenan ruled that a local resident and a local councillor had succeeded in their challenge to the cycleway. The cycleway will now have to go through the planning process if it is to proceed, the judge added.
The project envisages turning what is currently a two-way vehicular stretch of road as far as the Merrion Gates into a single outbound lane, with the other lane used as a two-way cycle track. Residents wishing to go into the city centre by car will have to go southwards before turning right on to the Merrion Road.
Peter Carvill and Cllr Mannix Flynn in their challenge claimed the council was incorrect in asserting the work required as this is exempt development because it was a traffic-calming measure. They also argued the council was incorrect in asserting the project did not require an environmental assessment.
When the matter returned before the judge on Monday for final orders, Stephen Dodd SC for DCC said his client intends to appeal the court’s judgement.
Counsel said the judgement has implications for current and future cycleways. DCC will be seeks an expedited hearing of the case before the Court of Appeal, counsel added.
Mr Justice Meenan, following an application by Neil Steen SC for the applicants, said he was prepared to grant an order quashing the council’s decision to construct the cycleway. The judge said he was also prepared to make an order that DCC must pay the applicants’ legal costs.
They also argued the council was incorrect in asserting the project did not require an environmental assessment. The applicants, he said, should be aware that those costs may have to be recouped should DCC be successful in its appeal.
In his ruling late last month, the judge disagreed with the council’s argument that the cycleway was for a temporary six-month trial period. What was involved went “beyond signs and certain road markings”, he said
The cycleway will require the removal of a traffic island at the junction of Strand Road and Merrion Road, the removal of a number of mini roundabouts and the placing of barriers to separate the cycleway from the road carrying traffic, he said, adding this was within the nature of building or construction.
The judge was satisfied that the cycleway is “road development” for the purposes of section 50 of the Roads Act, 1993 and therefore fell within the provisions of the Environmental Impact Assessment Directive, requiring an Environmental Impact Assessment (EIA).
A screening report carried out by the council to assess whether an EIA was required was inadequate, he said. The screening report that was carried out was based on a project that was very different to the cycleway trial that is actually proposed, he said.
That report proceeded on an incorrect assumption that the cycleway would be temporary. Despite having data on traffic displacement from the National Transport Authority, the report “seriously underestimated” the effects of traffic displacement, he said.
He did not accept submissions on behalf of Mr Carvill and Cllr Flynn regarding an alleged conflict of interest by the council as being both the deciding authority and the developer. He also did not accept their submissions about the timing of the project or the lack of public participation.
The cycleway project also falls within the Habitats Directive, providing protection for animal and plant species, he said. It is in an area directly adjacent to the River Tolka Estuary special protection area and South Dublin Bay special area of conservation.
There was a legal obligation on the council to also carry out an Appropriate Assessment (AA), he said.
He found that both an EIA and an AA was required before the cycleway went ahead and that screening reports by the council to determine whether they were needed were fundamentally flawed.
The judge also noted that DCC’s claim that the reduction of traffic on Strand Road and the provision of a safe two-way cycle route would mean residents and business owners in the area could travel northbound by walking, cycling or by other modes of transport allowed on the cycleway.
This would seem to suggest that residents and other persons in the affected roads, should they wish to go to Dublin Airport, would have to either walk or cycle”, the judge said.
While he was sure this was not what was intended by the council “it does seem to show a level of indifference to those affected”, he said.
Comments are closed.